We use cookies to ensure that we give you the best experience on our website. If you continue to use this site we will assume that you are happy with it.Ok
Previous
Next
29 / 12 / 2016
SHARE
PRINT

With ASTRI’s advanced communications technologies including TD-LTE small cell, core network/ Evolved Packet Core (EPC), and small cell management system, it can optimise the railway CBTC signaling network system design, support a high mobility in high speed and achieve low latency within 300ms round-trip-delay. Status and performance of the small cells can be monitored in real time. Compared to the traditional railway communication network via Wi-Fi, it can reduce signal interference and shorten the signal communication between the trains and control centre. ASTRI’s network solution has high reliability on handover and enhanced failure handling mechanisms during the train movement. These can enhance the safety, reliability and efficiency of subway line operation.

Being the largest R&D centre in Hong Kong, ASTRI strives to develop and commercialise leading-edge communications technologies and solutions for the industries and community. Since 2012, ASTRI has developed a series of TD-LTE technologies including LTE PHY design – small cell and macro cell, x86 based LTE core network and small cell management system and commecialised to its customers for product and solutions development. These product and solutions with ASTRI’s technologies have been successfully deployed in both public and private network including railway applications. 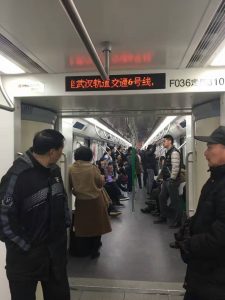