We use cookies to ensure that we give you the best experience on our website. If you continue to use this site we will assume that you are happy with it.Ok
Previous
Next
26 / 02 / 2018
SHARE
PRINT

ASTRI is showcasing the latest technologies in Next Generation Central Office (NGCO) and Vehicle-to-Everything (V2X) Networking System in the Intel booth (Hall 3, Stand 3E31) at the Mobile World Congress (MWC) 2018 in Barcelona, Spain.

The demonstration in Intel’s booth showcases how ASTRI’s technologies in mobile core/edge network functions can be effectively deployed in the Next Generation Central Office (NGCO) architecture.

The NGCO is a three-tier virtualised architecture namely central office at edge, regional and central locations to host mobile and fixed network functions with simultaneous applications. The scalable architecture enables low-latency and delay-sensitive data to be forwarded and processed at the edge tier, while computational and data intensive operations are processed at the regional and central tiers.

ASTRI’s configurable NFV orchestrator supports the network evolution towards an application-driven system architecture, which is an essential factor in the leap to 5G. ASTRI demonstrated how our V2X networking system as the connected-vehicle network slice works closely with edge and central office. It delivers significantly lower latency for time-critical events and also enables flexible scalability of V2X commercial deployments.

The end-to-end V2X system features include:

(2) V2X algorithm at network edge for real-time road alerts and traffic management; and

The system prototype demonstrates the cost-effective deployment of edge processing servers by HPE Edgeline EL4000 Converged Edge Systems and Intel® Xeon® D Processors, and how they can scale out a V2X system, delivering high throughput and low-latency packet forwarding and processing capabilities. 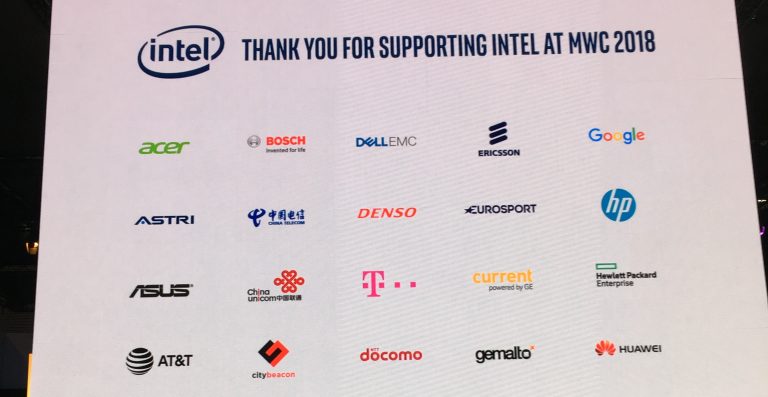 ASTRI is demonstrating the NGCO and V2X technologies at Intel booth (Hall 3, Stand 3E31) at the MWC which is being held at Fira Gran Via, Barcelona, Spain, from 26 February to 1 March 2018. ASTRI has been an Intel® Network Builders ecosystem partner since 2016. ASTRI and Intel published through this ecosystem, a solution brief and whitepaper on NFV for small cell networks, and whitepaper for C-RAN.